It was Harvest Festival raceday here in Lincolnshire with a nice plethora of trade stands such as the usual hog roast which sold out before the fifth race as well as a local real ale stall although I don’t drink on course it was tempting to break that rule but I managed to stay away from it!

This afternoon was the end of the summer jumping season and a seven race card including a couple of competitive Listed handicaps made for a competitive afternoon of racing.

It’s the time of year when fans of National Hunt racing start buying all the usual preview books and looking back at last seasons results to spot potential winners and look for well handicapped horses as the big races slowly begin to creep upon us. 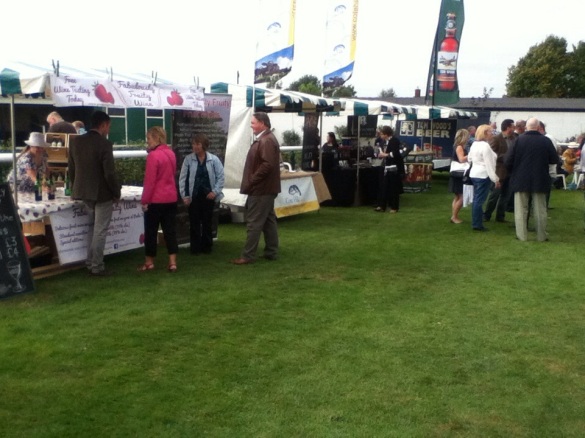 The best 3yo hurdle of the season so far with Goodbye Dancer and Full Day,two horses unbeaten and Vosnee Romanee a winner of his last two over hurdles.

All three where comprehensively walloped by the David Pipe debutant Unanimite an ex French flat racer who jumped well and has a nice look about him,while it’s to early to even think about the Triumph it’s possible the big 3yo hurdle at Wetherby would be next up for him.

The other three horses filled the minor honours but they were simply beaten by a much better horse.

Below,Unanimite poses for the camera. 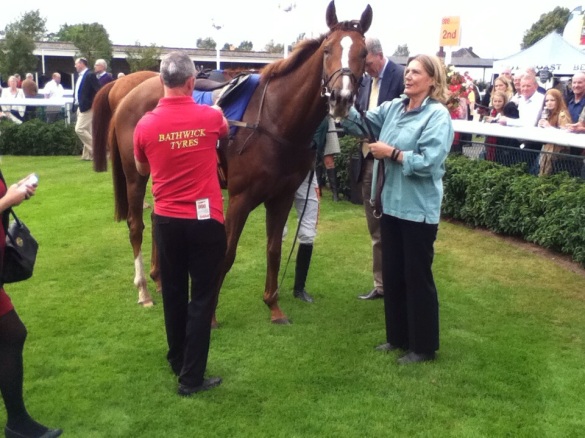 A tricky heat with plenty coming into this race in form and a good few having their first runs of the season.

It paid to be at the foot of the handicap here as last weekends Uttoxeter winner Exitas.

The old grey Australia Day set the early pace and tried to see them off from the front until Exitas got the lead over the second last and had,Purple ‘N’ Gold,Benbecula and Odin as his challengers but he had plenty in hand from them and gave Conor Shoemark possibly his biggest winner to date as well as his trainer Phil Middleton in Aylesbury.

A few ran poor races,Mijhaar from the John Ferguson yard and was fifth in the Top Novices at Aintree in April ran a poor race finished right down the field.

Take nothing away from Exitas he is thriving at the moment and going in here of 108 he should get a hefty rise in the weights, You would think the Greatwood as a target but their is also a two mile hurdle at Ascot which would also have to come under consideration.

A wide open contest on paper and so it proved to be on course as their were plenty in with a shout turning for home with three to jump.

Coming to the last Tom Scudamore had Houston Dynimo just in the lead from Fox Appeal but Daryl Jacob had other ideas as he galvanised Mart Lane on the run in for Grand National winning trainer Dr Richard Newland to give the Doctor the perfect medicine, Dursey Sound chased him on the run in but he was never going to overtake him.

Winning at Doncaster last season over three miles he then lost his form on his last four runs including pulling up three times with the last one being in the Topham over the big greens, the summer holiday looks to have done him a power of good and bigger targets lie ahead.

Houston Dynimo came third,he will be better back over 2m4f, Fox Appeal ran a very good race considering he was a second season chaser and had to carry top weight,I think a nice little Intermediate Chase will be idea while Attaglance is going to be a member of the “Expensive to follow club”

Ballincurrig ran a poor race and was pulled up but he probably found the competition a bit to hot on this occasion.

An ok race but nothing special as Charlie Deutsch (7) jumped out and made all on the Charlie Longsdon trained 7yo Long Wave who resumed winning ways by holding off AP on Spoil Me by 0.75 lengths.

Long Wave may not be the classiest but he is consistent and always runs a sound race,He gets further than this and has won over three miles in the past, Spoil Me only had a bumper win on the AW to his name but he should win a race sooner rather than later, West End back in third would prefer further too.

A race where the cream came to the top with the Brian Ellison trained Manhattan Swing who won his first start over hurdles for Dermot Weld and making his first start for Ellison did the job nicely,he had plenty left in the end.

Runner up was Countersign who I saw here last month,making his second start over hurdles he pulled quite hard and was in with a shout turning for home,had he not clattered his way over the last two he could well have won but he certainly isn’t short of ability at this level and given a stronger pace and maybe a step up in trip he can win a novice or two soon.

Gran Maestro in third was leading over the last but things happen on this furlong and a half run in,he ran a good race in defeat,Skyfire came fourth which was a real PB for him.

One disappointment was from Hawker trained by John Ferguson who came into the race off a recent second at Newton Abbott,he travelled well leaving the back straight but when asked found nothing,he now qualifies for a handicap rating although he may still find things a bit tricky depending what mark he gets.

Just like in the fourth race it was a conditional who set the fractions and controlled the pace as Sean Bowen (7) took the race by the scruff and made all on his fathers Get Home Now to nicely take this prize by 1.75 lengths from Pass Muster.

All eyes were on favourite Ever So Much who came into this race on the back of four consecutive wins,he was keen early doors and had every chance at two out but could never pick up and his chance went down like the Man Utd defence last weekend at Leicester, it was reported he lost his action and AP did ease him after the last flight.

An ok bumper with a few nice sorts for the future here.

Hurdles will now beckon for the winner although their is a quality bumper at Cheltenham next month, He is one to keep an eye on.

An enjoyable afternoon then at the Rasen then with some exciting finishes.

For me the jumps is up and running and from here until April their will be reviews from various meetings interspersed of course with other events such as non league football and other sports.

Next up for me is Warwick on Thursday for Ocktoberfest raceday

Until then thanks for reading and keep spreading the word.