The National Hunt season went up a couple of notches this afternoon on a late autumnal afternoon in Merseyside as Aintree hosted the Grade Two Old Roan Chase over 2m4f on it’s underrated and tricky Mildmay course over fences.

This race is always an intriguing and despite this being only the twelfth running of the contest it has a rich illumine of equine steeplechase heroes with it’s most famous winners being Alberta’s Run,Triple victor Monet’s Garden and of course the modern day legend that is Kauto Star.

An afternoon of seven races was in store for those eagle eyed jumping fans who were already salivating at the prospect of top class action and in this city of sporting excellence they were not let down.

They didn’t have any races over the big National fences but in truth this was a card that had no need for one. 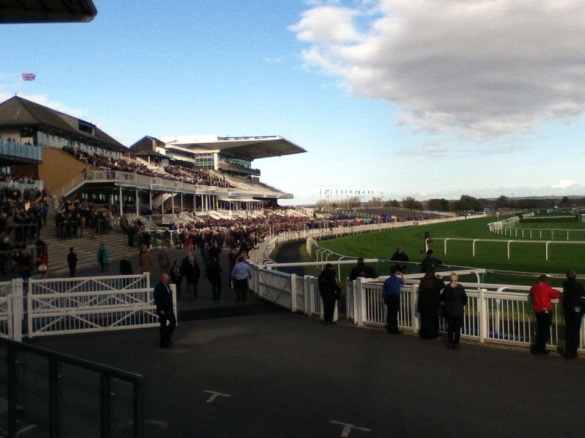 A top contest with plenty of potential improvers in it, The pace was a steady one being set by Eagle Rock who was fit from the flat and avoided the fall at the fifth flight from Wadswick Court who hampered a couple of those held up in rear, coming down the straight the leader was overtaken from Cool Macavity and the favourite Garde La Victoire but at the last both of them crashed through the hurdle and up the inside Eagle Rock regained the lead although not for long as Fred Winter winner at the Festival, Hawk High, driven up the inside got the measure of all of them.

Hawk High was very consistent last season although he had a trend of running a good race followed by a bad one, where he goes will be interesting to see,He may fall short of being a Champion Hurdle horse but being owned by Trevor Hemmings one suspects Haydocks Betfair meeting will be the next port of call, Garde La Victoire ran a good race but may do better over further, Katgary like a lot of Paul Nicholls horses will strip fitter after the run.

Being in Merseyside only one horse mattered and that was the well backed Spirit Of Shankly who earned his Bread as he picked up where he left off with consummate ease, travelling well this horse who had useful novice form from last season,most notably taking the scalp of Urban Hymn over the Fixed Brush at Haydock and thankfully favourite backers didn’t have to Calm Down as went in fairly easily in the end,Going in off 134 this 6yo should find extra improvement as the season goes on, Lyvius who had a battle with Taigan for second spot looks in the grip of the handicapper and of the other beaten horses Gold Chain probably found this company a bit too much.

Regarding Spirit of Shankly there are plenty of options open to him, Haydocks big Fixed Brush race over 3m next month could be a target possibly.

A real high quality renewal here and all eyes on last seasons Manifesto victor Uxizandre making his seasonal run and his first race in with the big boys.

This afternoon was a case of Experience getting one over on Youth as Richard Johnson was very much the King of Wishfull Thinking, This evergreen 11yo a former winner of the Manifesto here at the 2011 National meeting was bouncing all the way to the line, held up off a real good tempo from flag fall he picked them off down the straight coming for home and easily breezed past Rolling Aces on the long drag between the last two fences and recorded a twelve length thrashing to Edgardo Sol who in turn just nudged Rolling Aces into third.

Favourite Uxizandre ran an ok race for his first visit to the top table and will have learnt a lot here,behind him in fifth was Mr Moonshine and he is a lot better in the spring.

As for Wishfull Thinking connections may be thinking about the Amlin Chase at Ascot or the Peterborough at Huntingdon, he was full of beans here and is still thriving in his racing.

The race had two fallers in Lucky William and Rajdhani Express,both horses and riders were up fine. 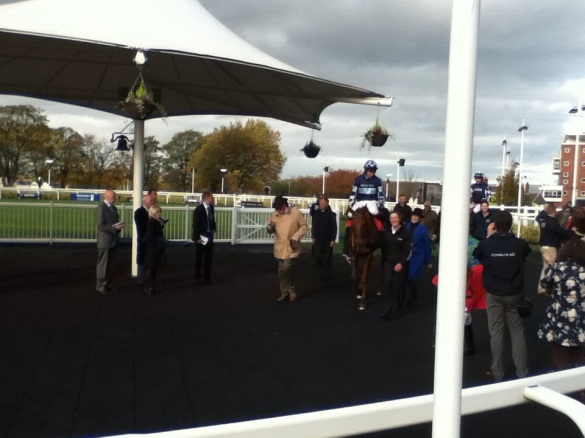 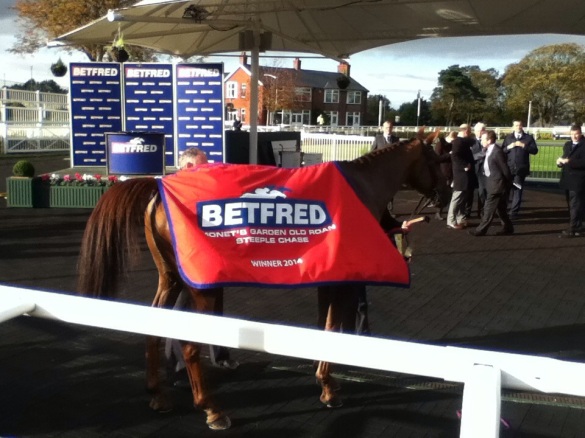 Somebody should show this race to the BHA to make them see that you don’t need big fields for exciting racing.

Only five but a real mix of quality chasers here who showed that age is just a number.

The popular and enigmatic Lie Forrit bowled along at the head of affairs and despite having the others upsides him at various times during the contest he would not let them pass and just hung on by a neck from the fast finishing loveable grey Pigeon Island.

Lie Forrit was actually the only unexposed horse in the field, Having only his ninth start over fences he was well on his Chase rating of 128 compared to his Hurdles mark of 144, last season his best piece of form was when he was sixth of nine at Carlisle in a Pertemps qualifier in which Pineau de Are and Trustan Times where second and third.

Pigeon Island had to be cajoled along early doors but finished with a wet sail,Hey Big Spender ran another good race in this back in third,he will win races like this again.

Burton Port a former winner of the Mildmay Novices was right down the field,I think he could be retired after this season. 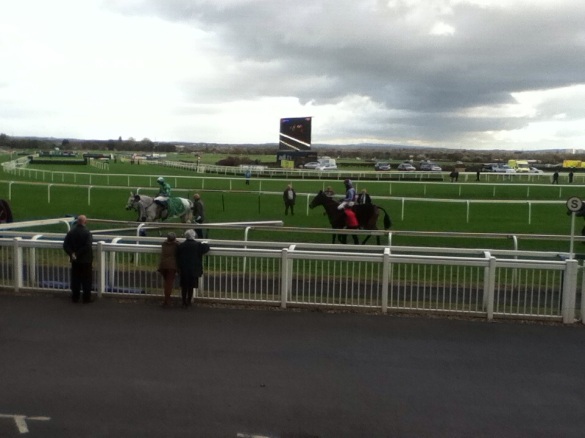 A field of sixteen here but this was no lottery as the Emma Lavelle 6yo trained Parish Business made all under Richie O’Dea (8) and never saw another horse until pulling up after the finish.

This really was a case of being heavenly to watch as he ground the opposition into submission here, the placed horses were mainly staying chasers who were using this race as a warm up for those big Satellite Nationals and decent long distance events later on.

Solway Sam was the nine length runner up,this 11yo always runs a solid race and Jaunty Journey just half a length behind will probably go to a small National before to long.

Favourite Kilfinichen Bay was well and truly trounced,he will be better with a smaller field.

Parish Business is going places here,the new front running tactics suit and looked a horse ahead of the handicapper.

A tight looking contest on paper but some of the jumping here was suspect and all of them made mistakes at some point during the race.

At the business end the Nicky Henderson trained Golden Hoof showed significant improvement here to overpower the highly regarded Horizontal Speed by six lengths, leading over two out he did enough to record the win,his future will lie in handicaps, Horizontal Speed took the lead after the fourth fence to keep out of trouble, he should come on a ton and will be much better next time out.

Their was some sad news as Timesremembered took a fall at the third fence,he kept on galloping on the flat and was caught in the run off area in front of the stands,sadly he broke a leg and had to be euthanized, my condolences to all the connections.

Not a lot of strength and depth here but it produced a real cracker of a finish as Hunters Hoof the Nicky Henderson second string just got the better of Jacks Last Hope in a real driving finish as the gloom began to set over Aintree.

Days Of Heaven who was sent off the 10/11f travelled well but couldn’t pick up when needed,he has ability and is still learning the game, The 7yo Harlestone Times ran an eye catching race for his first start for Jim Best after 812 days off the track,he will be better when sent handicapping and upped in distance.

Hunters Hoof had mixed bumper form but left that behind here,Jacks Last Hope will easily find a maiden win somewhere before too long.

Below,Driving to the line in the last. 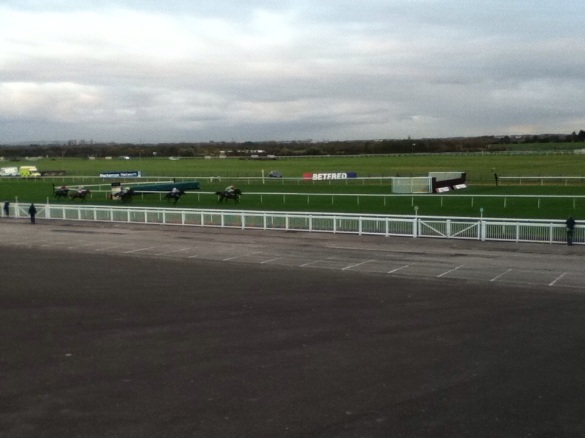 Some top quality jumping action then and plenty to take away as the season cranked up a notch in fine style.

This afternoon was a real mix of seeing old friends like Monet’s Garden looking as well as ever at 16yo and sadness as Timesremembered made his way to the big paddock in the Sky.

Being up close to what happened I have to give special praise to the way in which the vets carried it out, The professionalism and care was second to none and while their will be an empty stable tonight at Emma Lavelle’s, you can sleep well knowing that the horse will have been treated like part of the family and be missed sorely by all of those who had a connection with him.

The next jumping action here will be the two day Betfair Chase meeting at Haydock, as for other sport it’s a bit early to guess

Until the next time, Thank you for reading and keep RT please. 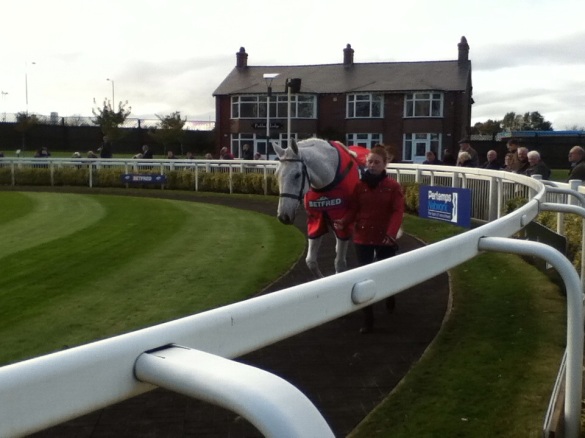