Worcester on Derby Day for an eight race card on the banks of the River Severn.

A couple of Class 3 handicaps were the highlights on a sunny afternoon here for Ladies Day which a crowd of around 9-10,000 turned up to enjoy the days sport. 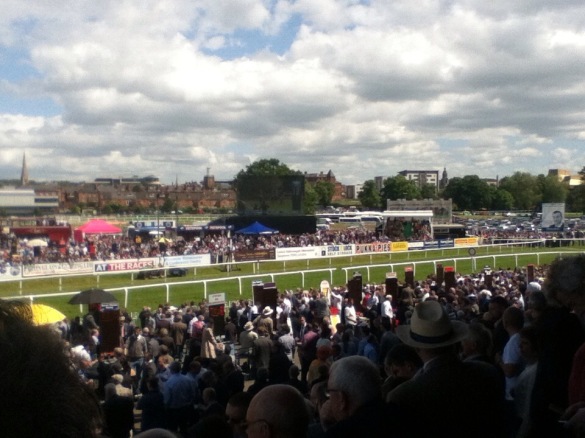 Just the four here but a Stewards was needed as winner Royale Django came across runner up Chase The Wind at the last fence but held on to win by 0.75 lengths under Richard Johnson, this followed from his recent Southwell win, he ran upto 125 over hurdles and has a fair future at a decent level.

Chase The Wind and Rothman followed him home,both will be better when sent into handicaps.

A fair quality handicap chase here and a quick double for Richard Johnson on the grey Wings Of Smoke who hadn’t won since coming back mud splattered at Haydock last year, he was a lot clearer to spot today

Held up early doors he made smooth progress down the back and the top weight took over the lead from bottom weight No Likey in the last half furlong, the pair where fifteen lengths clear from third horse Itsuptoyou.

Trainer Tim Vaughan is eyeing the Lord Mildmay at Newton Abbott in August as a target. 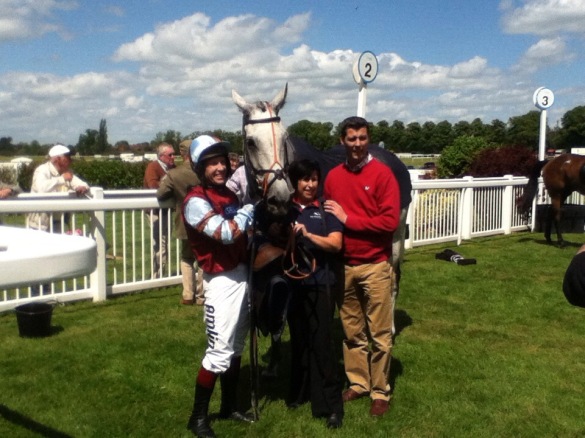 An effortless chasing debut here by the Paul Nicholls trained 6yo Seargent Thunder, under Sam Twiston Davies he travelled and jumped well enough to get the better of Breaking The Bank by 1.25 lengths, he should easily follow this up and has a good future,If Galway have any 2m Noivce Chases at the Festival then he could be on the boat across in the summer.

With the defection of William H Bonney this made London Prize have an even easier chance to win debut for trainer John Ferguson and a double for Sam Twiston Davies, For some reason Sheikh Mohammed’s bloodstock adviser wasn’t here but no doubt he caught it on a tv.

The favourite did what he had to do,he looks a nice type and will be even better when faced with hurdles.

Of the beaten horses The Hossbehind ran a good race on debut,he might pick a weak bumper up before long.

A useful race here which had a cracking finish to it with the judge Guy Lewis needing to get the magnifying glass out.

As usual here at Worcester it pays to be held up and that’s exactly what eventual winner Flying Light did as he just got the better of Aficionado by a nose,these two were a few lengths ahead of Lava Lamp and Valco De Touzaine.

Flying Light is flying high right now and despite having his mark rising after recent placed efforts he is thriving,he looks to be sent on a little holiday now before October, Aficionado was mugged on the line here,possibly the 2m6f hurdle at Newton Abbott may come under consideration unless he gets sent chasing.

Sadly we had a fatality here with Bathwick Man of David Pipe’s stable,Condolences to all connections

A poor staying hurdle here but a gamble was landed here as trainer Debra Hamer landed a win in this race for the second year in a row as Tobefair under Trevor Whelan took the spoils, A six race maiden coming into this he travelled ok but had to be chased along after halfway, he led over two out and ran on well to give Westerly Breeze a 4.5 length beating.

Tobefair won this very nicely,the better ground was a plus and this 5yo is lightly raced and has a future albeit at possibly a low level.

The cream came to the top here as expected and Sam Twiston Davies got the hat-trick up and gave John Ferguson a double here with 6yo Father Edward who broke his duck over hurdles at the fifth time of asking,runner up at Huntingdon just short of a fortnight ago he won this very easily on the bridle.

In behind we had Bells Of Ailsworth from Tim Vaughan who was having a second start over hurdles and first over this trip,he is slowly learning the game and could find himself winning when sent handicapping, Padre Tito back in third looks like Three Miles will be better for him.

A step up in trip suited Always On The Run here for the Donald McCain yard under the steering of Wayne Hutchinson as he defeated the 6/5f Set List who as usual sulked when getting headed but kept on as second place was never in doubt.

One horse who disappointed on his second run over timber again was Magnimity,he has not progressed since joining Nicky Henderson after two good bumper runs for Henry Daly,he is costly to follow for some

Always On The Run has a win in Points and the step up in trip suited him,his future will be over fences. 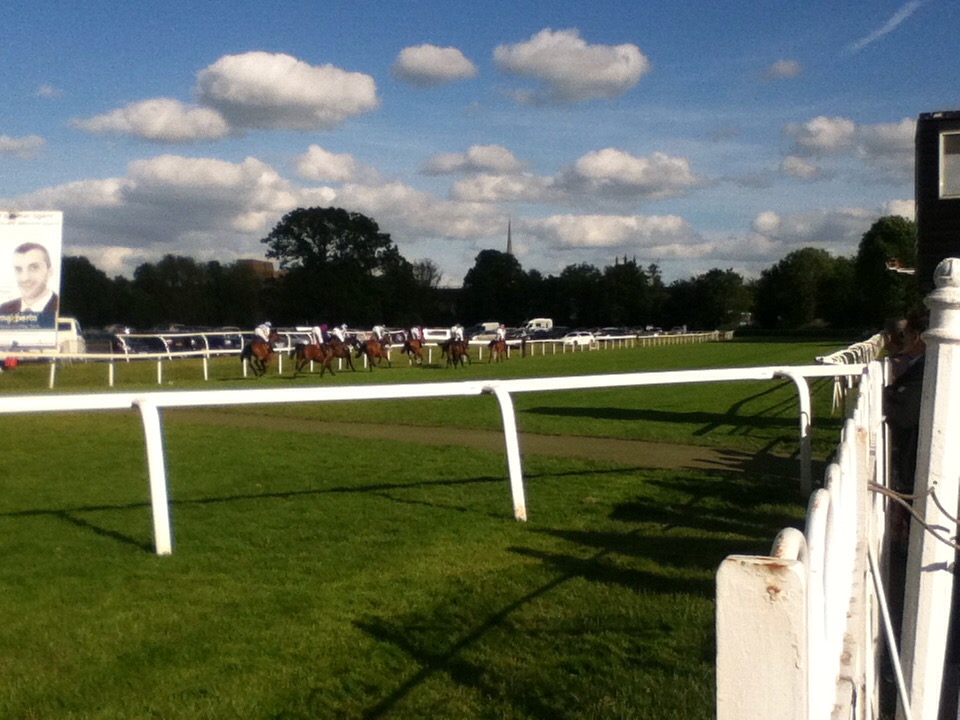 Heading out into the country 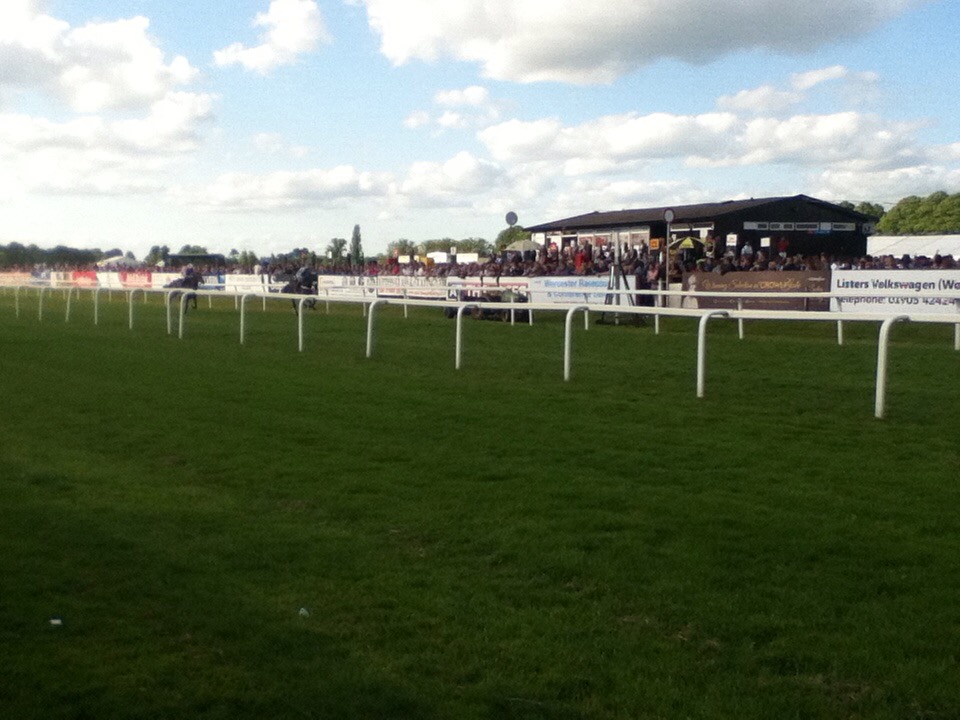 A nice afternoon then by the riverside.

Blog wise their will be nothing for the next three weeks as it’s the usual summer break unless I go racing anywhere.

Next meeting up should be Lancashire Oaks Day at Haydock next month.