After a busy Friday night at Pontefract the racing roadshow moved up the A1 to the Cathedral City of Ripon for the first day of the Go Racing in Yorkshire Summer Festival which involves racing every day until next Sunday at all of the Yorkshire courses including Wetherby who have their final flat meeting of the season on Tuesday evening.

A competitive seven race card was on offer here with the feature racing being the Ripon Bell Ringer Handicap over 1m4f.

A poor contest that was taken by the filly Whispering Wolf who jumped out and made all just holding off the staying on Scarlet Pursuits into second with favourite I T Guru in this spot.

The winner had been placed last time out over 5f at Beverley so appreciated the extra furlong,she received no bid at the auction although the runner up was claimed for £6000, she should find some improvement off this confidence boosting win.

Ornate made it second time lucky here having clearly learnt his job on his first run at Windsor a fortnight ago, always travelling well this Cheveley Park owned,William Haggas trained and Graham Lee ridden colt did it more akin to a horse doing a piece of work as he didn’t break sweat.

He looks to have a fair future and could be found a nice novice event or maybe something bigger.

In second some five lengths behind was the filly Crombay,she ran well but will be better in nurseries,Sign Of The Kodiac was three lengths back in third who continues to find or two too good in this races.

Expeirience triumphed over youth here as the evergreen 10yo Dubai Dynamo recorded his 16th career win on his 138th start under rules for trainer Ruth Carr.

Making good headway down the straight he went on in last three furlongs and powered away from Johnny Cavagin who chased him but it was all in vain, Lazarus Bell was third and Father Bertie fourth.

Dubai Dynamo is a popular old sort who always runs his race,he loves Ripon and could be back here next month for the Ripon Rowells,if not then the Thirsk Summer Cup is a possibility.

Now open to older horses and despite having five non runners this was still a nice little contest for good quality middle distance types.

Ebor hopeful Pressure Point did his chances no harm here as he went in off 89 and managed to hold on from the fast finishing Kinematic a neck back in second place with two David O’Meara horses Hit The Jackpot and Chancery filling the minor spots.

They went a fair clip in this due to the gallop set by the Mark Johnston trained Triple Dip but she folded in the last furlong and could do with a rest.

The winner Pressure Point was winning his third race from his sixth start this season,he is thriving at the moment for Keith Dalgleish,the Ebor is a race he is in but should he miss the cut he could go to Haydock for the Old Borough Cup or possibly the Mallard at Doncaster.

Kinema won the Cumberland Plate two starts back and showed nothing in the Old Newton Cup,he was an unlucky loser here off the same mark as the winner and it will be interesting to see if they both get raised the same.

Yet again the oldest horse in the race did the job here, 7yo Save The Bees took the honeypot by making all at an ok gallop but he had to work for it to just hold off the challenge from Primogeniture who gave chase and was going hammer and tongues with the winner in the last furlong but only a neck separated them.

Save The Bees was following up from wins at Carlisle and Chester,going in off 73 which is his joint highest winning mark at Wolverhampton in 2013,wether he can follow up off a higher mark is another thing but he is thriving at the moment.

Primogeniture only has one win to his name in Ireland last year,he is consistent and deserves to win again,he might be worth thinking about sending over hurdles to get him winning again.

A few of these had plenty of questions to answer in a trappy looking event.

Judge Di Clark was busy this afternoon and eventually she called Sea The Skies in first place by a head from Endless Credit in a tenacious battle up the Ripon straight.

Sea The Skies made his first start here since being gelded and it looks to have worked the oracle under the steering of Tom Queally for Mark Johnston, quite lightly raced this season he ran a lot better over this trip than last time out at Thirsk, he should offer more going in off 79 here. 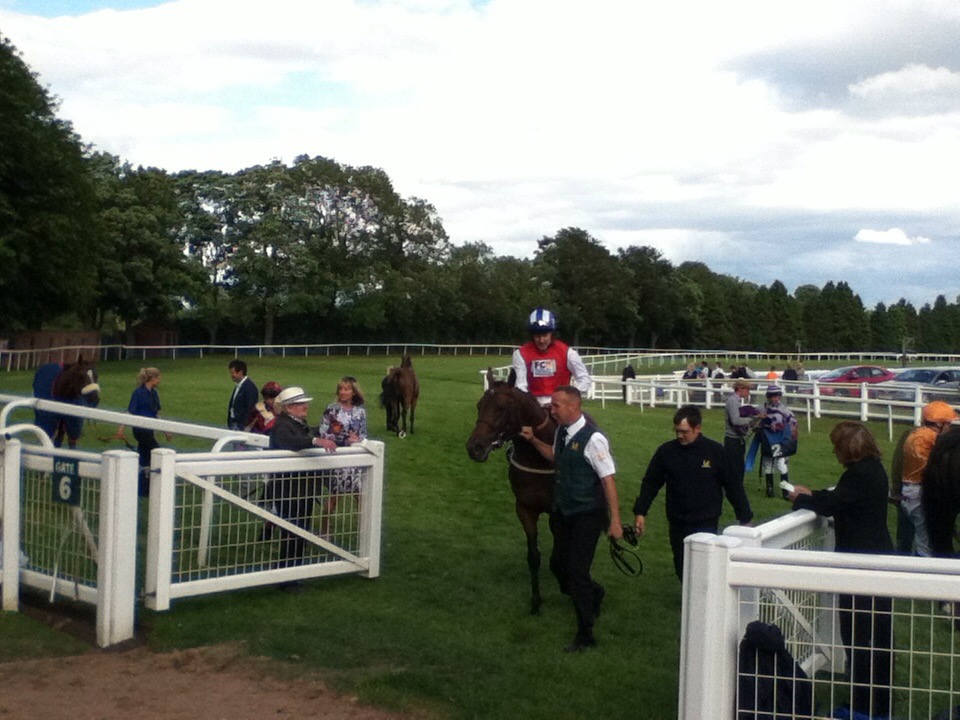 Not the best sprint you will see this season but someone had to win it and at the eleventh attempt Ettiene Gerard finally got his head in front, fourth here last  time out he took over in the last furlong and scooted ahead from Diatomic and the third placed Farrah’s Choice.

Rated 51 he should pick some more low grade events like this but he was the best of a poor bunch.

Brass band and flowers in bloom 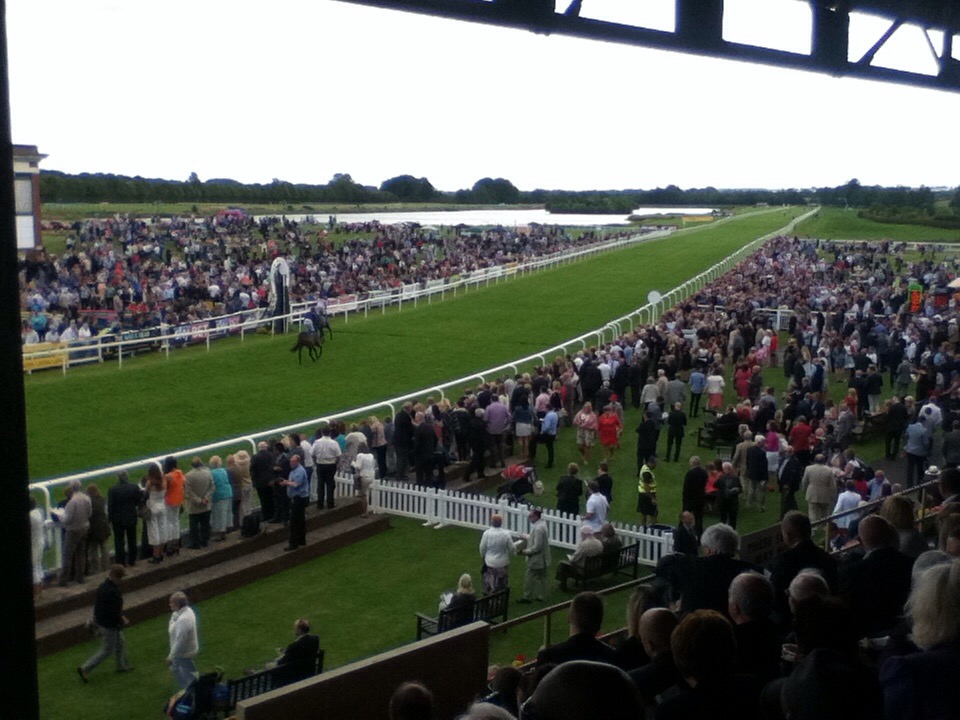 Two enjoyable days in Yorkshire come to a close then.

For me the two highlights of the day were Ornate in the 2yo Maiden race,he looks a nice type and Dubai Dynamo in the mile handicap, both lovely horses to see on the track

A change of scenery and sport next weekend as we go to the Olympic Stadium for the final leg of the IPC Grand Prix Series at the final day of London Anniversary Games with some of the finest Para athletes around.