The return of National Hunt racing and while many racing fans and racing media were on the traditional jaunt over to Paris for some flat action it was the first jumps meeting of the new season to readers on here.

It was Southern Water Charity Raceday here along with it being Oktoberfest in this leafy part of the world which meant that people could support Rockinghorse and The Rainbow Centre while at the same time enjoying some steeplechase action with a few Lagers and Bratwursts.

This afternoon had seven races of varying quality with a fair Class 2 for good measure on a gorgeous sunny afternoon in Sussex. 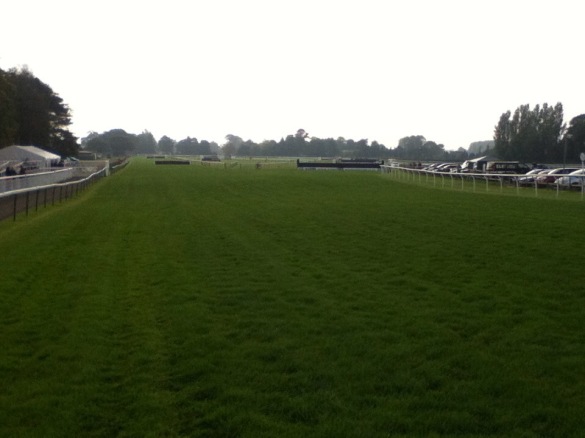 Down the straight at Fontwell

Mercers Court returned from his summer holidays with a hard fought win here under Trevor Whelan and despite drifting to the stands rail after jumping the last in front he had six lengths advantage from the staying on hurdling debutant Le Legro.

The winner looked to benefit being dropped back in trip while Le Legro ran an eye catching race first time out for Charlie Man ,he should strip fitter and be better when upped in trip

An intriguing race on paper but it was all one way traffic for top weight Vikehal under Josh Moore for his father Gary who made all the running and never looked like being caught,the drop in trip was a concern but if anything he thrived on it,he is a more than useful type who should eek a bit more out.

Chasing debutant Zarawi stayed on for second,he didn’t jump fluently but should learn from this, Adam De Bretreau was travelling well before unseating at four out,he is one to keep an eye on for the future.

A good quality race full of horses with potential improvement.

In a year which has seen Hayley Turner retire off the flat,the quality of the jumping girls is slowly improving and Lizzie Kelly (5) got a nice win here off the Nick Williams trained After Eight Sivola, held up early doors Lizzie made up ground down the back on the last circuit and got the lead at the final flight and forged ahead up the hill.

Back in second was 25-1 outsider who came 4.5 lengths down in second with pace setter Antony in third.

After Eight Sivola looks better at this trip,He could go to either Cheltenham or Aintree this month for a good 2m4f race but should jump a fence in time. 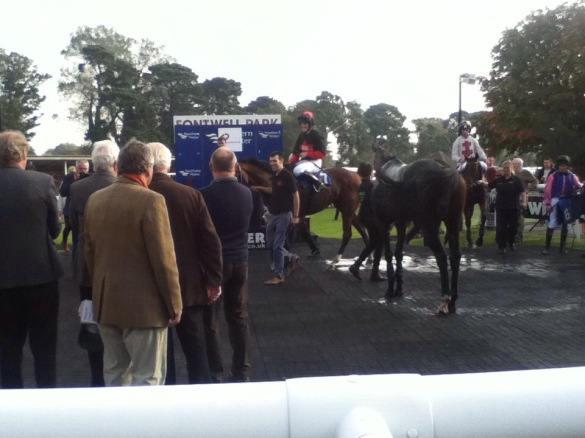 After Eight Sivola and Lizzie Kelly

Top Cat Henry recorded only his second career win on his 26th start here for Dr Richard Newland and jockey Will Kennedy, settled in midfield he came to lead over two out and was three lengths ahead over the final fence to finish 2.25 lengths in front of Midnight Lita at the line with the ever consistent Town Mouse in third.

Top Cat Henry was due a win,it’s possible he could be a future Topham horse although he could turn out at Aintree in the Sefton come December,in the interim though he remains fairly treated.

One horse who dissapointed was Comeonginger,last sighted when pulling up at Haydock on Easter Saturday he was up with the pace here and still boxing on turning for home before fading,it’s possible the handicapper has him for now.

An average low grade staying hurdle here which was won in dour style by favourite Tokyo Javikex who stayed on in style under amateur Mr L Drowne (7) to just overhaul paddock pick Lady From Geneva by 1.25 lengths, Aaly was back in third spot.

In all fairness the winner probably deserved this,he has been running well of late and took advanced of his lower hurdle mark of 87,the extra distance suited and he needs a staying trip so looks a likely type for a Satelite National.

Lady Of Geneva caught the eye in the paddock and still led with 100yds to go,she deserves to lose her maiden tag soon. 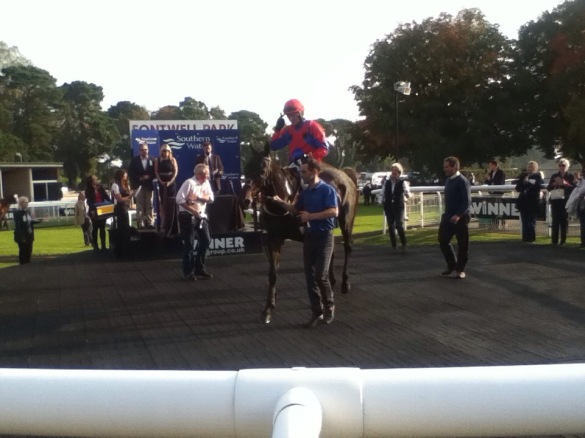 Jockey Sean Bowen took the plaudits here for a rousing finish on Tribal Dance as he regained the winning thread in what could be one of the rides of the season.

Tribal Dance was bowling out in front but got took over on the last circuit by old boy Herecomesthetruth who got sent on by William Clarke and still led over the last then on the run in he began to idle and Sean Bowen who was working the double overtime on Tribal Dance managed to get him in front bang on the line.

Originally 16 fences where meant to be jumped but Yes I Will and Sylvan Legend departed at the second,horses and jockeys were ok but the fence got bypassed

Not a strong bumper but the best horse won on the day in the 5yo Jennifer Eccles under Tom O’Brien for Lewes based trainer Suzy Smith,always up there she led with two furlongs left and held on by 0.75 lengths from the staying on Vivas.

The winner showed promise in two races last season at Lingfield and Kempton and should make a nice hurdler in time, Vivas in second showed much improvement and is slowly learning the game. 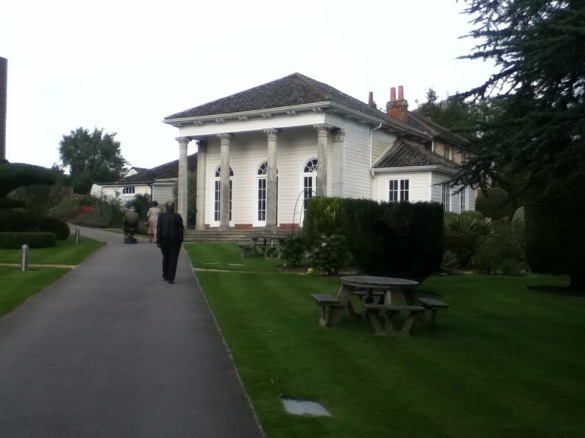 Some fair racing then as the jumping returned after a summer of flat action.

Until the next event covered Goodbye and Thank You for reading