Cumbria on a very wet,windy and sometimes very chilly afternoon was the location for a six race card as Carlisle held a fairly useful looking Monday afternoon jumps meeting which included the feature Graduation Chase.

After much rain over the weekend it left the ground Heavy but amazingly no obstacles were bypassed. 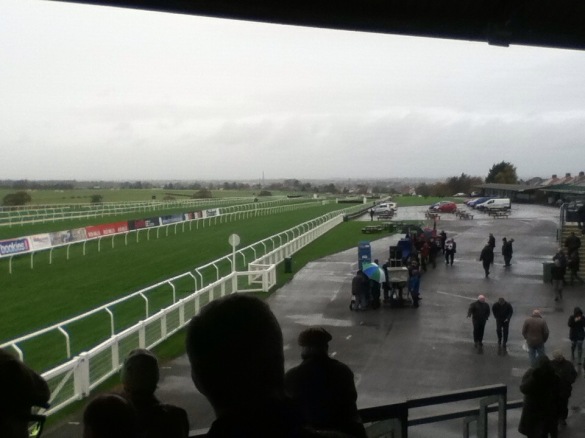 An easy success here for Evens favourite Baywing,travelling well up the straight he had to be kept up to his work and did the job effiently to hold the mare Pixiepot by ten lengths, Baywing should be able to add to this and move up from his winning mark here over hurdles of 89 and will improve even more when sent chasing

A quality novice chase on paper and it turned out into a debut victory over birch for the Paul Nicholls trained Silsol under Sam Twiston-Davies as he battled against the grey Maximiser up the run in and just hung on by half a length.

Silsol jumped pretty well on his first run over fences and will have learnt a lot from this,twice a winner last season on soft and heavy which he relishes with aplomb Silsol is part of a crack team of chasers from this stable,it’s possible races like the Altcar at Haydock and the Scilly Isles could suit him

Maximiser was unfortunate in defeat but looks a quality chaser in the making,he can take a novice chase soon, Seeyouatmidnight came third,he jumped well but slipped after the fifth last and will be even better when upped to three miles 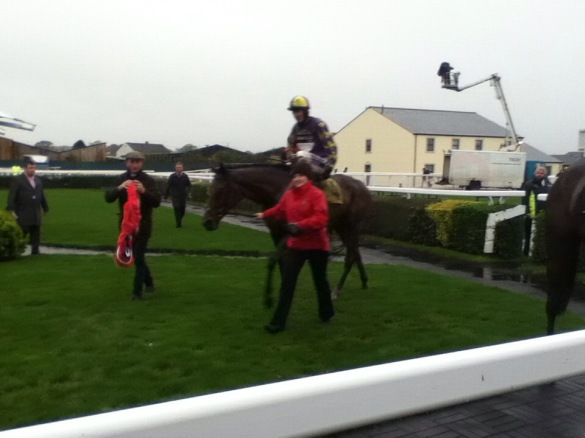 Fitness counted here for hurdling debutant Virnon from Alan Swinbank’s stable,already a winner of two junior bumpers last season he came into this race off the back of a couple of pipe openers on the level and stayed on under Leighton Aspell after responding to pressure and was driven out to record this first win over timber, the 4yo ended up six lengths ahead from the Donald McCain trained ex pointer Freddie’s Portrait.

Virnon found extra when needed,he should be better when upped in trip and looks a useful type, Freddie’s Portrait ran well in defeat,the one dissapointed to was the well touted Grey Storm who was pulled up but he can be forgiven

A very intriguing staying chase here and a nice piece of hold up riding by Sam Twiston-Davies on Salubrious who gave Paul Nicholls his second winner of the day in his northern raid here,held up from the tape he picked the field off one by one but had a real battle on his hands as Masters Hill made him fight after the last and just went down by a neck,the pair were over thirty lengths ahead of Blakemount who was the only other finisher.

Formerly a winner of the Martin Pipe Hurdle in 2013 Salubrious was only having his second start over fences,gong in here off 148 he could be tricky to place but looks like he will get further, Masters Hill is a useful type and could be suited to the 3m handicap chase at Haydock on Betfair day

Salubrious comes back in

A bloodless victory here for the Colin Tizzard trained and Noel Fehily ridden 6yo 4-1 joint favourite Fourth Act who took this chase on what was only his second start over fences with ease, given a nice ride he took over the lead from long time leader Rocking Blues after the second last and moved away very nicely, he looks to be a lot better than this winning mark of 114 and looks a horse on the up and could offer more

Rocking Blues had not been sighted since March 2014 but has a couple of wins at Kelso to his name, other 4-1jf was Retrieve The Stick who was well behind in third,he ran with credit but looks held st the moment

A fair bumper taken by the 4yo debutant Three Ways for County Clare based trainer Ronald O’Leary with Dougie Costello in the plate,always to the fore Three Ways came to lead with three furlongs left an despite having to fend off fellow debutant Carole’s Vigilante he got this by two lengths, previous bumper winner Dante’s Way couldn’t hold off his 7lb penalty and was fourteen lengths back in third.

Getting gloomy during the day

Quality racing then at Carlisle which a hardy and loyal crowd enjoyed despite the weather not being the best.

Arguably the best performance of the day for me was from Silsol in the novice chase,a few of the Nicholls horses have just needed the run but he could be a top draw in this division.

Freddie’s Portrait 6yo,ran well to be second in this 2m1f hurdle,will be better over further when sent chasing.

Maximiser,Found one to good in Silsol but can take a hand in the novice chase and should stay 3m.

Next racing on here will be both days of the Betfair Chase meeting at Haydock next weekend,till then goodbye.