Salford won’t be appearing on any more Match Of The Day Live this season on Friday nights but Stockport have a much better chance as they easily brushed aside the visitors to be one game away from the first round proper. 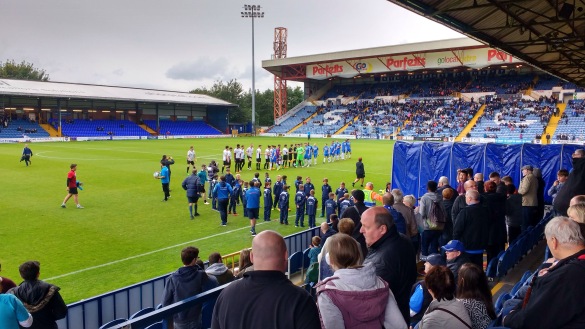 From the off Stockport looked like a team on a mission to make up for the midweek home defeat to AFC Fylde and boy did they do manger Jim Gannon proud as they put in a solid and polished performance.

County could have been 1 up pretty quickly as Josh Amis fired a shot wide after three minutes on what proved to be a frustrating afternoon for him in front of goal,just seven minutes later he had a header glance just over the bar from a Danny Lloyd cross.

Twelve minutes into the second half and County doubled their lead as defender Michael Clarke got his third goal of the season as he met the ball off a corner and put it home to all but secure the win even with over half an hour to go. 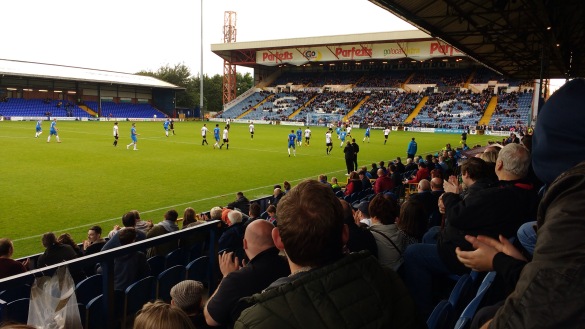 After that both teams continued to play attacking football,Josh Amis could have had a had trick had he worn Billy’s Boots but he had an afternoon that most strikers dread even when being on the winning side while Man of the Match Sam Minihan had a very assured game.

Salford will have been disappointed but in truth they were always playing second fiddle to a quality Stockport County side and frustrated a lot of the home fans especially when Michael Nottingham took throw ins as he appeared to try and waste time like Jacob Rees-Mogg does when filibustering!