It was pretty fair to say that Stillington based trainer Ruth Carr was spinning around the Thirsk winners enclosure yesterday, first up when Poyle Vinnie took the Stewards’ Cup Consolation race down at Goodwood and secondly when Kylie Rules was anything but slow as she resumed winning ways in taking Thirsk’s feature race of the afternoon in the 1m Summer Cup.

Already a four time winner at Beverly this season it had appeared that the handicapper had her measure but she stayed on really well no doubt to the delights of her owners who most definitely had their hands on their hearts in the last half furlong as she reeled in Lord Of The Rock to land the spoils.

Expect her to be aimed at a bigger target from this with her mark of 81 expected to move up a few more lbs but she remains in excellent form, its just a case of in form trainer Ruth Carr making sure shes got to be certain of getting the right race in mind. 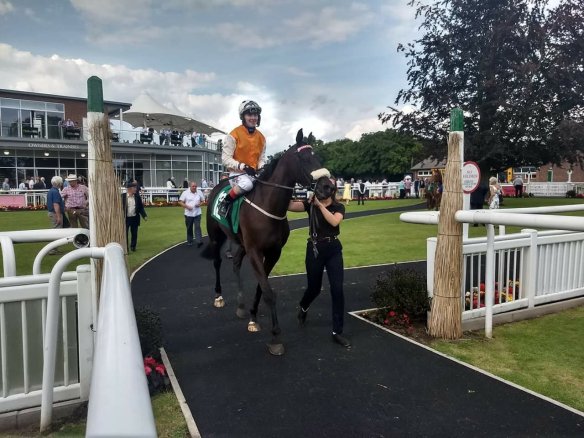 Arguably the best story of the day came up in the 1m Novice Stakes for 3yo named in memory of jockey Laura Barry who sadly passed away last year from cancer the day before she was meant to be getting married, attached to the Richard Fahey yard she had a career in the saddle that yielded 18 winners from 193 rides.

Poignantly it was her former guvnor Richard Fahey who saddled the winner with the filly Eva Maria under Paul Hanagan winning the race very nicely in the Gredley colours and looks one to keep in the notebook for the rest of the season finishing four lenghts ahead of Critical Time, she will stay further than this mile trip with connections hopeful of getting some valuable black type for her.

Critical Time back in second now qualifies for handicaps and should pick one up sooner rather than later as will Beauty Of Deira back in fifth spot.

In the winners enclosure lots of Laura’s family and friends were on hand to make the presentation with a couple of them shedding a few tears given the circumstances but they all did her proud and hopefully some of them had a few quid on the winner.

Rest Of The Card

Shawaamekh continued his rise up the weights under David Nolan to bag the valuable 7f Tomahawk Handicap, in what looked a competitive event despite only 8 of the 15 runners having actually won over this trip the lightly raced 5yo making only his ninth career start he is still improving as time goes on.

In the 2yo race over 5f that began the card, Karl Burke unveiled a nice sort in Wonderwork who near enough made all under Clifford Lee to win pretty nicely, this Night Of Thunder colt looks all speed and while probably something like a race at York’s Ebor Meeting might be too soon something like the Ripon 2yo Trophy could come under active consideration next time out. 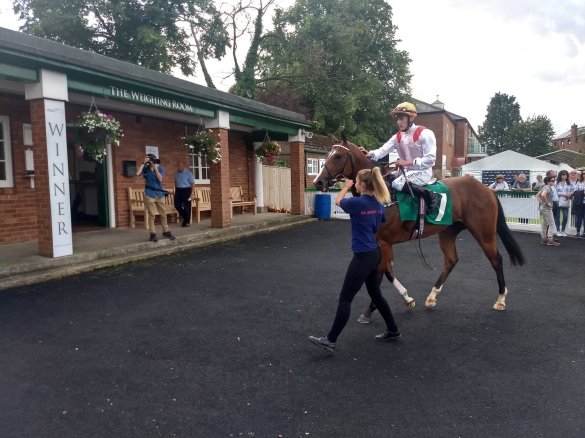 A sunny afternoon was had by a good crowd in Yorkshire with the plaudits definitely going to Ruth Carr having two big winners up and down the country here at Thirsk and down at Goodwood which was great to see.

Next up is Haydock this Saturday for the Group 3 Rose Of Lancaster Stakes, till then goodbye.