Guy Fawkes was born in the famous city of York and while his attempt to blow up the Houses Of Parliament didn’t quite go to plan,because of this it’s an event included in the “What Could Go Wrong” section of the Terrorists Instruction Book.

Today though York City Knights blew apart Leigh Miners Rangers’ dream run in the Challenge Cup with an emphatic and professional display to run away the 44-14 winners on a sunny afternoon in the spring sunshine at the Leigh Sports Village.

Leigh Miners as in the last round against Oxford had to play the game at the Leigh Sports Village and after Leigh Centurions win against Saford Red Devils just 24 hours earlier the thought of another Cup double was on. 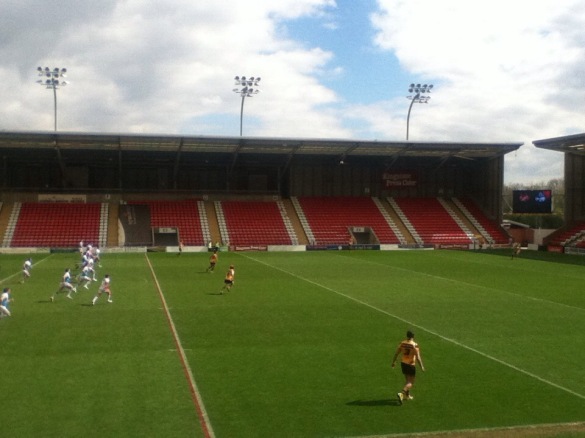 York City Knights though were very much in a slaying mood this afternoon and despite Miners going in very close in the first few minutes it was the visitors who opened up the scoring after a cagey opening when Full Back Ben Dent scored the first try which he duly added the extra points then a few minutes later Nev Morrison collected a catch off the last tackle to go over with Kriss Brining adding a third converted try to make it 18-0 to the visitors within the first twenty minutes.

After some hard work the Miners were finally rewarded as Harry Gagen got over the whitewash, Scott O’Brien the Miners Scrum Half soon pulled another one back as he grounded under the posts for Jonny Youds to easily convert.

Any thoughts of a Miners comeback after those two tries were sadly washed away as York responded in the only way possible as Brining got his second try of the game, Jonny Presley then scored just as the half time hooter was about to sound 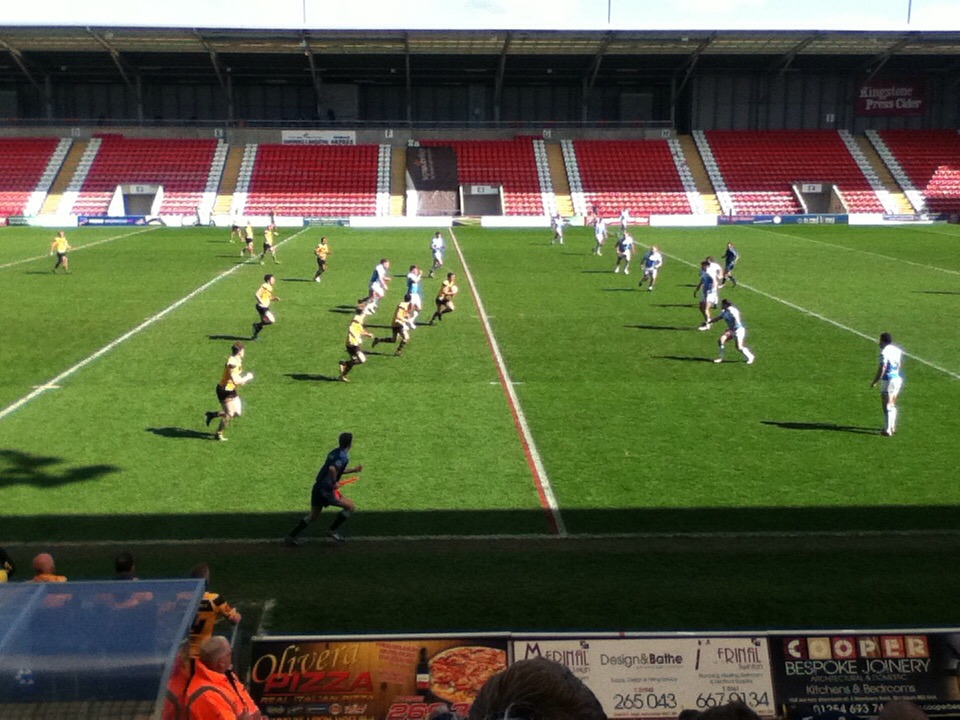 Miners on the move

After the half time oranges the second half like the first had plenty of open play but it took a while before the point tally began being added.

Kriss Brining got the matchball as he scored his third converted try of the afternoon, Miners were giving this there all but York were much to strong and Adam Dent soon added another try as they began to easily pull away.

Miners got another try following some back and forth play which also included a bit of fisticuffs as all the players decided to adopt the Harry Hill method of working out which team was the best! Adam Thomason was the Leigh scorer going in near the corner, York responded as the very highly rated youngster Ed Smith popped a try. 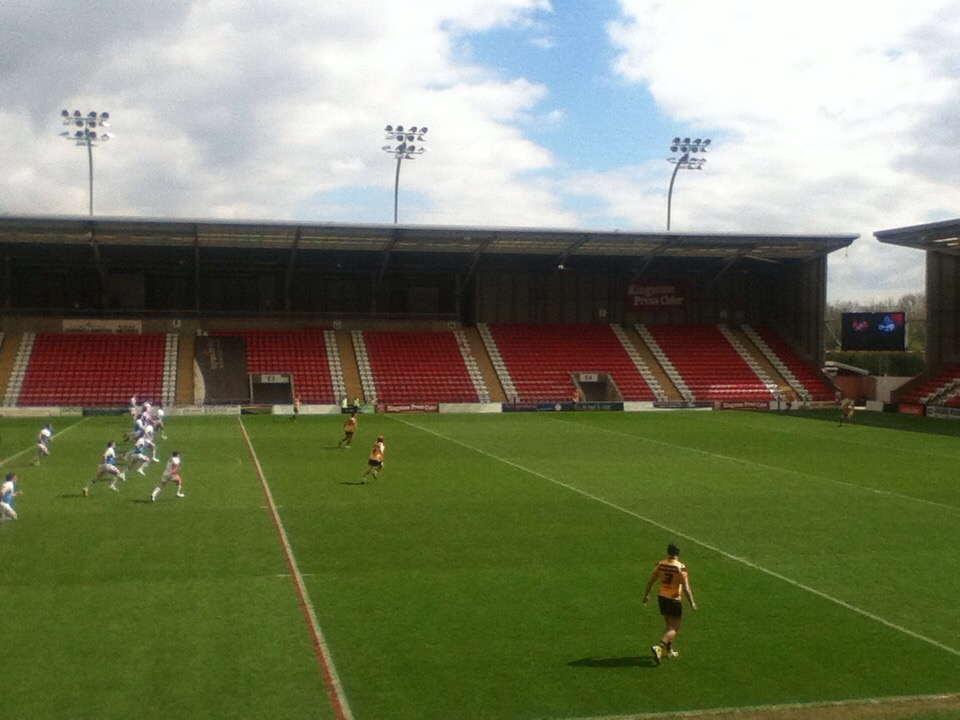 So Leigh Miners dream of Wembley is over for another year after one hell of an adventure, surely no club deserves to be acknowledged other than Leigh Miners in this years competition, it would be a travesty if the RFL didn’t invite them to Wembley and be the big guests of Cup Final Day

York may have off the field issues,after today I half expect them to be thinking of following on from Swinton and condier using this as their home ground although commuting from York might have problems!

The draw for the sixth round is tomorrow at 6.30,this is when the eight remaining Super League clubs enter the fray.

A nice afternoon of Rugby League, this Saturday coming it’s the opening of the turf flat season on here with an afternoon at Haydock Park,review should be on Sunday afternoon.

Leigh Miners’ next home game is back at Twist Lane next Saturday,Wath Brow are the visitors,KO 2.30

Until next week it s a goodbye from me